The list of companies planning to suspend their Facebook ads for the month of July continues to grow. This boycott stemmed from Facebook’s inaction to address hate speech on its platform.

A civil rights coalition, which includes the Anti-Defamation League (ADL) and the NAACP, launched the #StopHateforProfit campaign last week when it called on major corporations to put a pause on advertising on Facebook to send a message to the platform that its lack of action is not going to be tolerated. Within a few days The North Face, REI, Patagonia and a few others were the first big-name brands to join the stand.

So what is this boycott all about and should you get behind the movement?

Where This All Started

Social networking platforms have been under fire over the past year for allowing false statements made by politicians, the president in particular, to be published with no consequence. These types of campaigns stem all the way back to the election of 2016, with Trump and Clinton. More recently, the main focus of the push came from the president’s recent comments on the BLM protests, which Facebook chose to leave up in the matter of public interest. Activists have been pushing for Facebook to follow Twitter’s lead and draw a definitive line on hate speech that cannot be crossed in on-platform discussion, even by the president. Quickly following Trump’s post, Twitter prevented users from viewing the tweet without reading a brief notice that the post glorified violence. Twitter further tightened restrictions on the messages from Trump and the White House by blocking users from liking or replying to them. A few days later Twitter added their first fact-checking labels to Trump’s election-related tweets as well.

Facebook’s CEO, Mark Zuckerberg, on other hand did not feel the same way about censoring the president’s posts. Zuckerberg says Trump’s posts did not violate Facebook’s policy and will remain online, uncensored.

They ultimately decided to leave the post up because the company’s position is that it “should enable as much expression as possible unless it will cause imminent risk of specific harms or dangers spelled out in clear policies,” Zuckerberg wrote.

Last week the NAACP and the ADL officially announced their #StopHateForProfitCampaign with a full page ad in the Los Angeles Times. The campaign was meant to target advertisers, specifically big-name brands. Just two days later, The North Face tweeted, “We’re in. We’re out @Facebook #StopHateForProfit.” The North Face’s commitment applies to ads on Facebook and Facebook-owned Instagram, the brand said in a statement, though it will continue to create organic content on Instagram. The list now expands to:

It’s not a massive wave of advertisers yet, which means it won’t hurt Facebook in a revenue sense. But it will have perceptual impacts, and could spark more backlash from the platform’s partners and users. Facebook has already admitted that it has a deepening ‘trust deficit’ with ad partners, which it will need to address. The company has already been seeing a slowdown in ads due to the impacts of COVID-19 and the recession. If the list of big names continues to grow, Facebook will have no choice but to listen.

What Should You Do?

The decision to join in on this movement is a more personal one. If you support the #StopHateforProfit campaign and feel that it’s important to use your voice as a business, this is the perfect way to do that. On the other hand, this isn’t about calling out or judging marketers whose business relies on Facebook advertisement. For many joining in, this is a very low-risk decision, but for others it’s not financially justifiable. 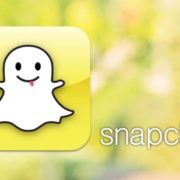